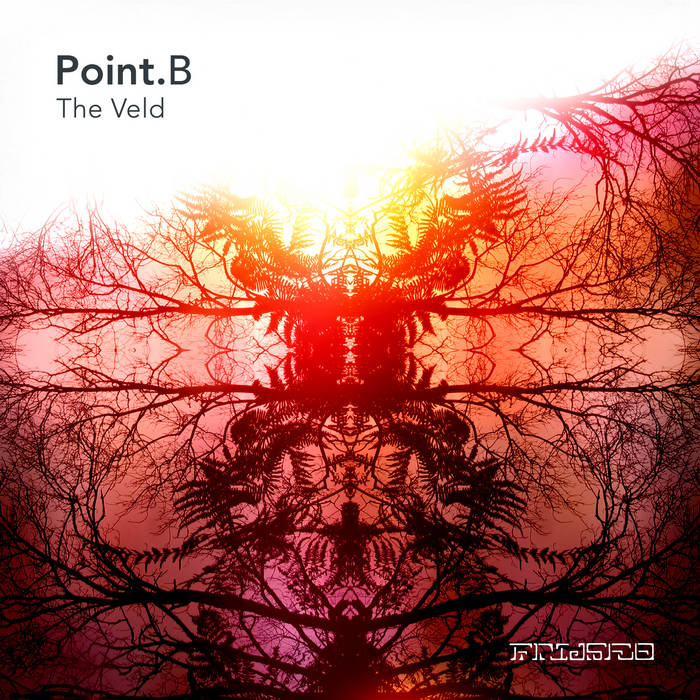 Richard Bultitude AKA Point B is an unsung hero of electronic music. He has quietly but meaningfully honed his talent over almost a decade of releases, for labels including SCSI-AV, Erratica, Combat Recordings and Frijsfo Beats. While he has sensitively shifted the shape of his work the whole time, his identity as a producer has never faded from view. The Veld is his third full-length album, and the first by anyone to be released on Frijsfo.

The immediately noticeable fact about The Veld is that it’s a Point B record. That’s why it can sound sharply contemporary almost without the listener noticing. Think about it, and it’s clear a number of today’s more desirable influences are there, but without a hint of gimmickry. Bultitude handles the weight of classic and revitalised dubstep with intuitive balance, populating the music’s customary space with snatches of fascinating, exotic texture. Elsewhere he remoulds the low-end growl and frigid rhythm composition of darkside neo-electro, or he adapts the sound Frijsfo has effectively made its own – a radically updated and remixed form of 2step garage.

The point is that all this is sublimated into a consistent, one-of-a-kind voice across the album’s trajectory, which is primed for deep headphone listening and more meditative DJ sets. Fans of labelmate Kuoyàh’s post-dubstep concrète will no doubt be on board straight away, as will followers of Vex’d and recent solo projects from members Roly Porter and Jamie Teasedale AKA Kuedo.

Even admirers of the more free-ranging experiments on Mala’s Deep Medi label should find much to love here. Uncompromising and accessible at the same time, it may well prove to be the Point B record that wins the producer more new listeners than any to date.

Highlights include the title track, which plays off the muzzled threat of a bassline against skewed gamelan tones. “The Closure” and “Fen” both paint wide, eerie landscapes with acoustic source sounds, the former juxtaposing frigid machine funk with simple piano figures and strings snapping. “Fossils” admits a tidal influx of warmth, washing in snatches of vocal melisma, before “Jetsam Collector” sets lumbering low-end mechanics in motion, embellished with resonant fiddle or violin.

Looked at from a distance, The Veld draws on anything but a homogeneous palette. But up close it manages to be faultlessly coherent, demanding to be judged as a precisely conceived and sequenced whole.

Bandcamp Daily  your guide to the world of Bandcamp

Featuring Gary Bartz, 5 years of Rhythm Section Intl and an LP of the week by Nicolas Jaar