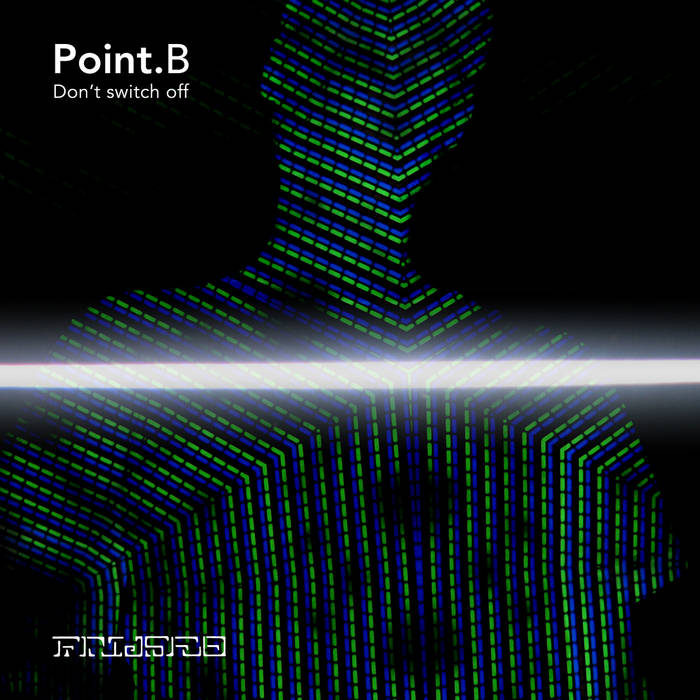 Frijsfo fans will know about Point B’s unusual charms – his music has been a fixture in the label’s catalogue since its inception. In January this year his album The Veld was praised across the board (Boomkat, Resident Advisor, XLR8R) for its strong fusion of Garage, Dubstep and electronica.

As a soundscapist Richard Bultitude’s talent is exceptional, creating rich sound worlds that are by turns inviting and unsettling. What makes him particularly special, though, is his ability to engineer such detail into uranium-tipped dancefloor weaponry.

The robotic propulsion of ‘Collective Origins’ and ‘False Economy’ wouldn’t sound out of place in a DJ Stingray set, resembling an extraterrestrial take on Detroit Ghettotech. Only, there’s a pungent UK flavour throwing the hydraulic Electro beats off centre: a junglist Reese bassline in the first case, the bouncing low-end of breakbeat Garage in the other. Juxtaposed with the rhythms are icy, dubbed-out atmospherics that could only be Point B’s work, underworld inversions of the heavenly textures favoured by Ambient Junglists such as LTJ Bukem. ‘Comfort Zone’ is the curveball that will put the biggest smiles on faces. Primed with towering rave stabs, it dips straight into a synth bassline oozing with funk and electrified by arpeggiated squiggles.

At most, genres are ambiguous guideposts through the Don’t Switch Off EP. But there’s no doubt this is an uncompromised form of soundsystem music – one that provides plenty of brain-food to pick over at the same time.

Bandcamp Daily  your guide to the world of Bandcamp

Featuring Gary Bartz, 5 years of Rhythm Section Intl and an LP of the week by Nicolas Jaar